6th Sub Junior National Hockey Championship 2016 (women) ‘B’ division in Nagaon, Assam announced by Hockey India. It’ll be the very first Hockey India’s national event in the year of 2016. All the players participating in the tournament are under 16 years of age. Tournament will held from 5th to 13th January.

The national selectors will keep a close eye on the tournament so the players has a golden chance to be selected in the national and international teams if they perform their best in the event. Hockey India has been promoting young stars who can make it big in the international circuit and this tournament since its inception in 2010 has been the breeding ground for it.
Defending Champions Hockey Mizoram would begin their campaign against hosts Hockey Assam on 6th January 2016 4:30 PM onward. Assam is one of the premier venues for Hockey in India and will also witness the staging of the 12th South Asian Games. 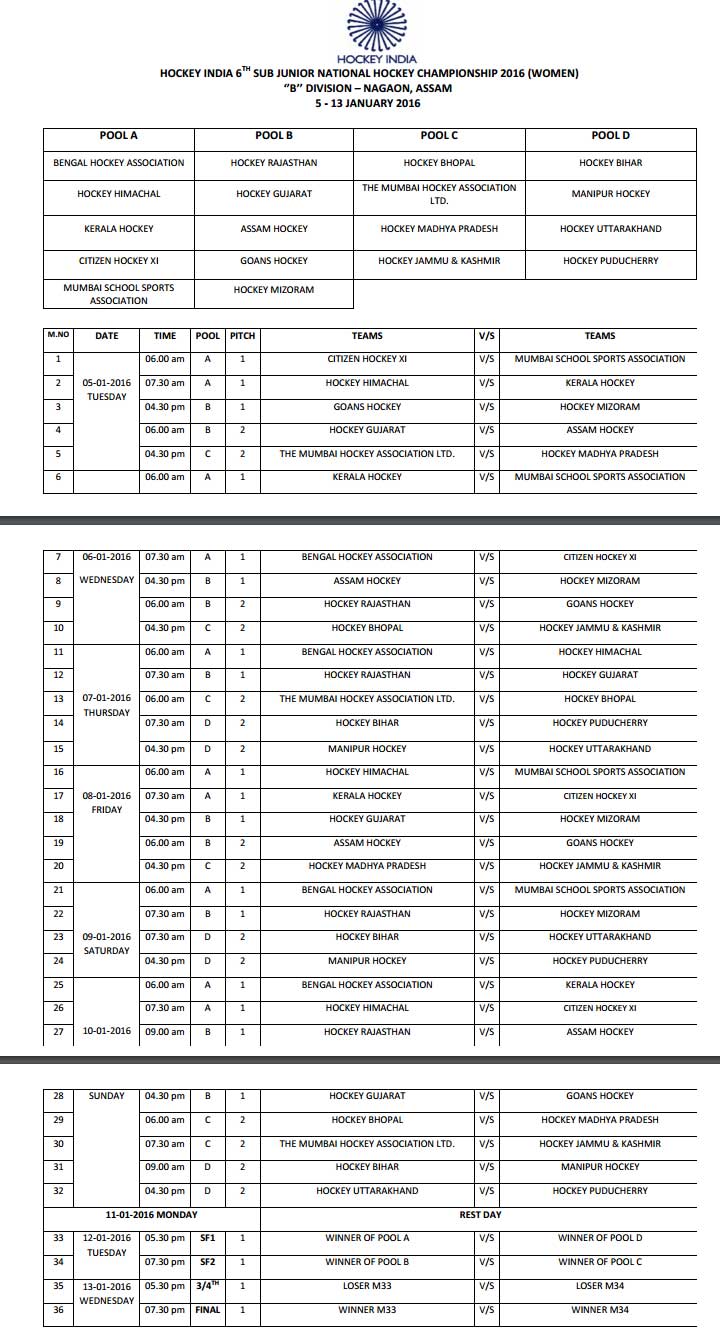